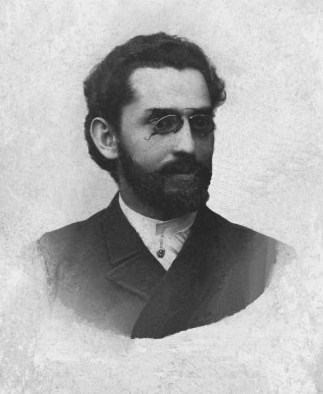 Max Spiro was born in Poland. He graduated from Heidelberg University with two diplomas, in chemical engineering and in medicine. In 1899 he joined the Montefiore draft and went to Palestine with other certified doctors to help the first Jewish settlers. He worked as the chief physician  of Hadera, a settlement that had just been founded a year earlier, and saved many lives; he also suggested an idea to plant eucalyptus woods on the malaria-infected marsh lands, which stopped the epidemic. There in Paletine he got married to Fanni Berman. The wedding took place in Jaffo in 1893 and was attended by many respectable Arabs of the town.

A few years later, the couple moved to Lublin, Poland, where their two daughters were born, Tania and Ru. In Lublin Max worked as a chemical engineer and in his free time treated residents of poor Jewish quarters. He regularly visited their homes, brought toys for children and never took any fees for his services. He founded a charitable organisation “Ahiezer” (brother help) and acted in all spheres of providing aid to people in need.

One day he heard his Polish employer make an anti-Semitic remark. His immediate reaction was to quit. He moved his family to St. Petersburg where he got a job as an engineer at a factory. In the beginning of 1920s he received an official letter from Palestine informing him that for his selfless efforts he was awarded a piece of land and a house. Max decided to leave Russia: he didn’t like the Bolsheviks.

Max and Fanni returned to Palestine in 1925 and settled in Tel-Aviv. There Max provided medical care to the sick and financial aid to those in need. He invested his personal savings to start a charity fund. Apart from public activities, Max enjoyed painting.

Max Spiro was buried at the old Trumpeldor cemetery in Tel-Aviv.